A team of scientists from the Department of Optical Methods for Nanostructured Materials at the Analytical and Technological Innovation Center for High Technologies and New Materials, Novosibirsk State University, Rzhanov Institute of Semiconductor Physics, SB RAS, the Institute of Cytology and Genetics, SB RAS, and the Institution of Internal and Preventive Medicine, Novosibirsk, Russia, joined their efforts to develop a method to diagnose cancer using Raman spectroscopy. Even at the stage of collecting statistic materials, the scientists consider the method to ideally fit the system of rapid assay.

The method is being developed by physicists, biologists and doctors. It is based on studying the spectrum of Raman scattering in blood plasma, particularly hemoglobin solution. Due to the method in question, scientists noticed that the blood plasma of healthy people compared to that of cancer patients and patients with diffuse liver pathology contains different amounts of some proteins and carotenes (the predecessors of vitamin A). The presence and relative intensity of characteristic peaks in the Raman-spectrums speaks in favor of certain proteins and carotenes present in the sample. Researchers are working on collecting materials in order to verify the method’s accuracy.

Raman spectroscopy is a spectroscopic technique based on scattering of light in liquids, gases or crystals accompanied with changes in the frequency of light photons. The effect was discovered in 1928 by Soviet physicists Grigory S. Landsberg and Leonid I. Mandelstam, who analyzed scattering of light in crystals, and Indian scientists C.V. Raman and K.S. Krishnan, who were looking for "Compton component" of scattered light in liquids and vapors. Such inelastic scattering became known as Raman effect.

The Head of the Department of Optical Methods for Nanostructured Materials, a senior research assistant at Rzhanov Institute of Semiconductor Physics, SB RAS, and an associate professor at the Chair of General Physics at Novosibirsk State University Vladimir Volodin explains the backbone of the subject matter.

Upon meeting solids, liquid or gas, photons scatter in a way called Rayleigh scattering, i.e. elastic scattering. When the mirror reflects sun beams, they change their direction, but the photons do not change their energy, i.e. red light is seen as red and blue as such. Alternatively, light is absorbed by an object and heats it. Inelastic scattering is a process when photons are not absorbed or reflected but partially lose energy (a Stokes process) or acquire it (anti-Stokes processes). With a small but non-vanishing probability, a photon can either produce another particle or absorb it within a solid (e.g., a phonon, which is a quant of lattice wave, or a quant of molecular vibration). Then the photon can scatter or move in an opposite direction, but it will have other frequency and, hence, other energy.

The Raman equipment shows spectral lines whose location depends on the molecular structure of the substance analyzed. With powerful lasers and sensitive light detectors registering single photons, Raman spectroscopy has become a common analytical technique. It is used in semiconductor physics, condensed-matter physics, chemistry, geology and other fields of science. Each mineral, for instance, has its own Raman spectrum, just like each person has their own fingerprints. This technique is also useful for medicine as it helps to analyze the biological composition of substances such as fluids.

Physicists and biologists decided to use Raman spectroscopy to analyze human plasma. They noticed a certain difference in the Raman spectra of plasma from healthy people and cancer patients. The latter lacked some proteins and carotenes, which was characterized by very low or vanishing peaks.

More than fifty plasma samples of colorectal cancer patients have been compared to those of healthy people to verify the method’s validity.

Participating in the research are scientists from Novosibirsk State University, Rzhanov Institute of Semiconductor Physics, SB RAS, the Institute of Cytology and Genetics, SB RAS, and the Institution of Internal and Preventive Medicine. Vladimir Kruchinin, a researcher from Rzhanov Institute of Semiconductor Physics, points out the advantages of the method when used for diagnosing cancer. Firstly, the method requires minimum invasion, only taking a blood sample. Secondly, the amount of plasma needed for the sample is little with testing taking only two or three minutes. Vladimir Kruchinin also says that physicists are working out a method of snap analysis to check for major inflammation. First screening, of course, should be followed by a detailed biochemical blood test to identify the type of cancer.

Raman spectroscopy can also be used in medicine for analyzing hemoglobin solutions in order to identify treatment-resistant hypertension.

In order to widely apply Raman spectroscopy to diagnose cancer, it is necessary that the instruments be portable and relatively inexpensive, while laboratory equipment used at NSU, for example, is of rather substantial size, quite expensive and requires qualified servicing. However, some pilot projects are being launched, and Novosibirsk companies have some experience here. For example, a scientific production company SIMEX launched serial production of several new adapters to FT-801 Fourier-spectrometer, which allows considerable expansion of infrared Fourier-spectrometry method functionality at low cost investments. Their spectrometers are small-sized and applied to analyze the substance content in gas samples. They might be used as a base for a portable Fourier-Raman spectrometer. Another company, VMK-Optoelektronika, produces compact diffraction spectrometers.

If Russian developers succeed in making a compact and inexpensive spectrometer for snap analysis, cancer could be diagnosed at a district hospital. 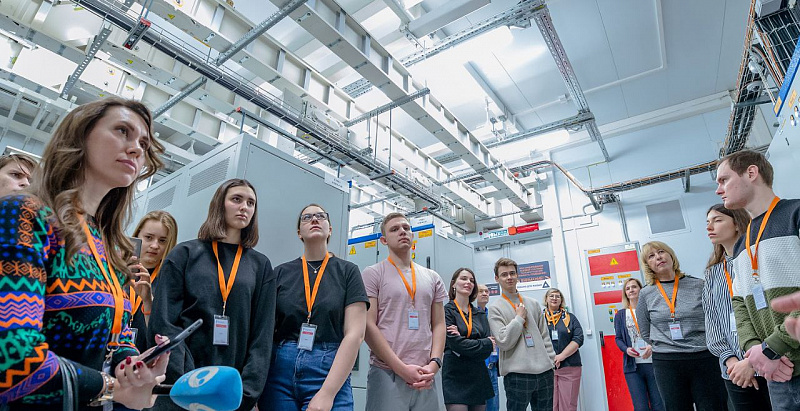